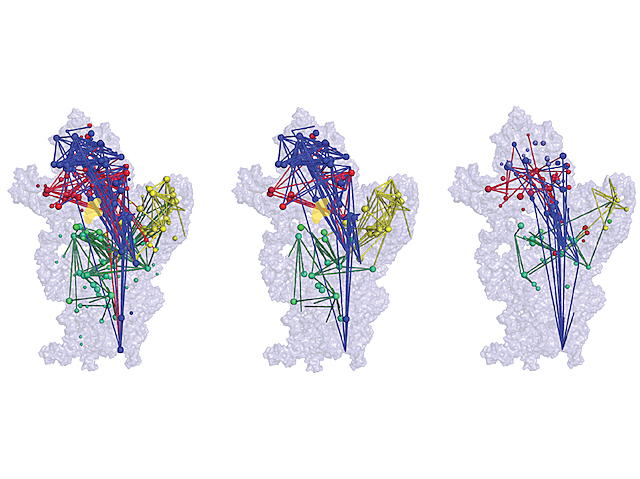 All cells, whether animal, plant, fungal or bacterial, are packed with proteins. There are proteins that build cellular structures, carry out the chemicals reactions that produce energy, or send and receive signals, as well as everything else required for life. But all these proteins have to be made in the first place. That’s the job of ribosomes – molecular ‘factories’ constructed from proteins and RNA [a chemical that’s very similar to DNA]. Researchers have been using detailed analytical techniques to investigate how ribosomes inside living bacteria change shape as they build proteins, and how an antibiotic called spectinomycin sticks to them and shuts down production. The grey blobs in this image show the structure of a bacterial ribosome, while the coloured circles and lines highlight the places that are affected by spectinomycin, shedding light on how bacteria can evolve antibiotic resistance by altering specific parts of their ribosomal proteins or RNA.