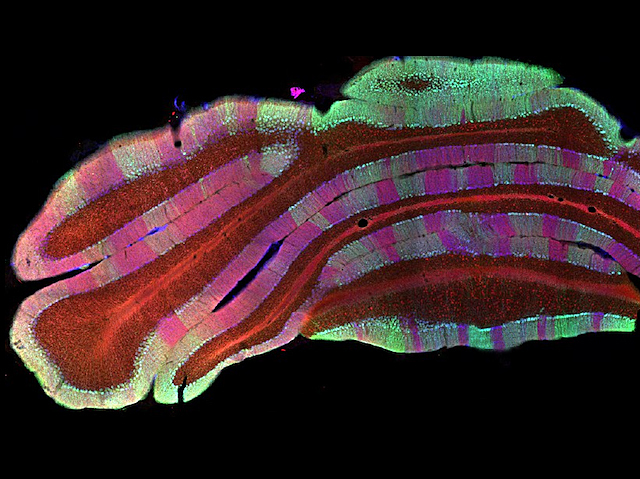 Every move you make is timed and sequenced to perfection thanks to the ‘little brain’ in the back of your head called the cerebellum. Based on visual cues and other sensory signals that it receives, the cerebellum quickly and precisely coordinates where and how fast the body needs to move. Purkinje cells, some of the brain’s largest neurons, are stacked in layers throughout the cerebellum (shown here in pink and green). Purkinje cells are a key output for the cerebellum by sending its instructions for making movements to the rest of the brain. This image comes from a recent study showing how a protein called TRPC3, found in high levels in the cerebellum of mice, helps to control certain types of Purkinje cells. Understanding the different cellular modules within the cerebellum will shed light on how our movements are so precisely orchestrated by this small but vital structure.