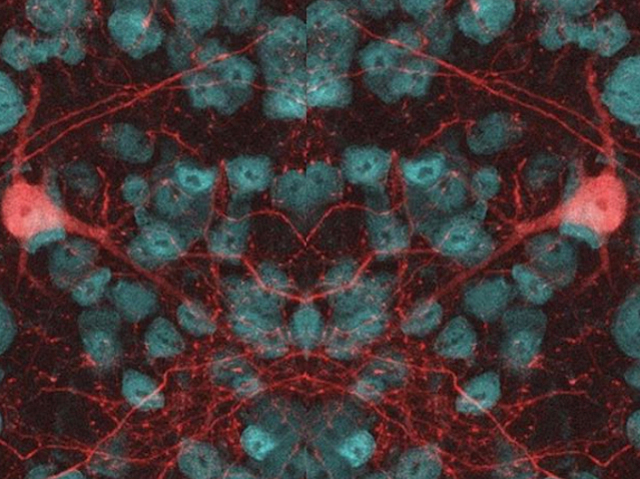 Insight into how sound is perceived and processed by the brain

As your friend speaks, they create distortions in the air, which travel to your ears and are interpreted by your brain as words. This last stage, signals passing from the ears to specialised centres in the brain for processing, is not fully understood. One key hearing centre called the inferior colliculus is made of many different groups of neurons [brain cells], but it has proven hard to distinguish these. To investigate, researchers genetically modified mice so their neurons glowed if they expressed a particular gene, called VIP. On inspection, these cells (red) stood out from their neighbours (blue), showing they were a distinct group. Further investigation showed these cells receiving signals from other brain cells and hearing centres, suggesting a wide-ranging influence. Mapping these hearing centres and their wiring is the first step in revealing which parts play a role in hearing loss, to pinpoint and prevent problems occurring.