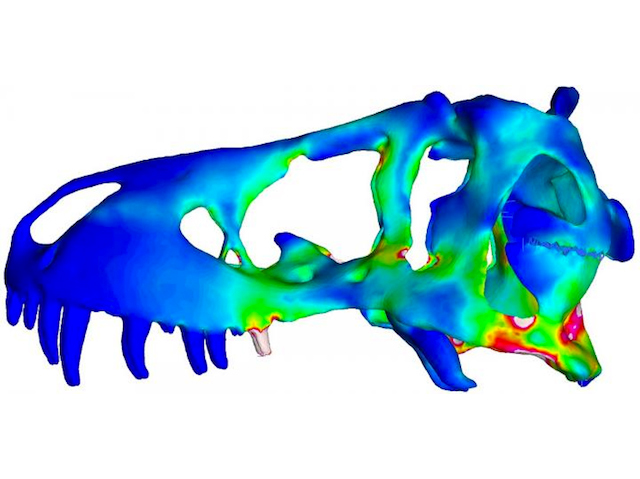 Capable of crunching lesser dinosaurs to bits, this Tyrannosaurus rex skull is giving palaeontologists something to chew over – how did it generate such a powerful bite without its own jaw bones shattering? It turns out, rather than its bones sliding and twisting similar to birds’ skulls – this is known as cranial kinesis – T-Rex jaws had a stiff structure, similar to crocodiles and humans. This computer model predicts how the muscles and ligaments might have flexed around a rigid skull – with areas of high strain highlighted in warm colours, and low strain in cool colours. A stiff jaw may have produced lower strain for the T-Rex – protecting its bath-tub-sized skull from injury. Similar approaches might investigate stresses in the bones and muscles in human jaws, eventually helping to treat issues arising from arthritis or temporomandibular joint dysfunction.