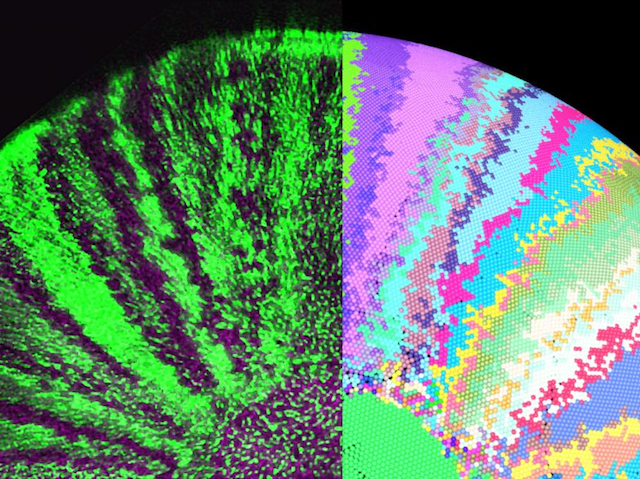 Peering into a medaka fish’s eye, scientists look for clues to how are own vision develops. On the left, tiny dot-like stem cells in the neural retina develop into the distinctive dome of the eyeball. Some cells are genetically engineered to produce green fluorescence – so generations of dividing cells appear as stripes which fan out as the eye grows. On the right, a mathematical model mimics these developmental patterns, but also makes a prediction. For healthy growth, the neural retinal cells must send signals to their neighbours in the retinal pigment epithelium, helping these two layers of the eye to develop at the same rate – too slow might produce a wrinkled eyeball and loss of vision; out of control division might lead to cancer. Investigating such close relationships in other tissues, and in other species like humans, may reveal how cellular communication breaks down causing disease.