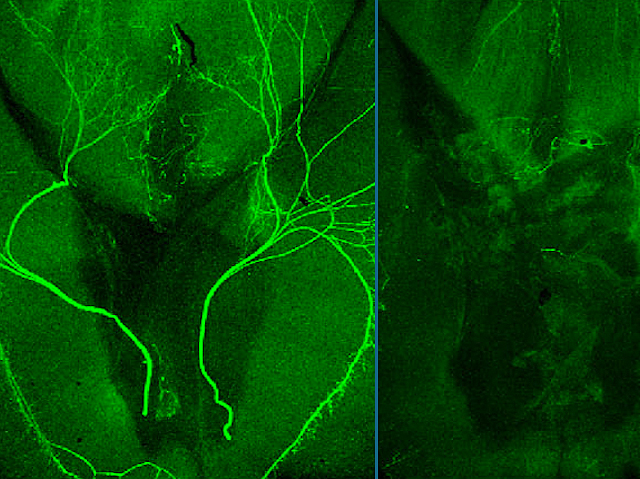 Thrombin - a blood clotting protein - plays a role in neurodegeneration

Scientists have shown that proteins which help our blood to clot can also degrade our nerve cells and may play an important role in neurodegenerative disease. Protection against this damage was shown to come from Schwann cells, which create a protective insulation around the threadlike projections of nerves. In a mouse with nerves surrounded by Schwann cells (light green, left), the healthy nerves can be seen arranged in an orderly pattern. Without Schwann cells (right), the nerves are clearly degraded. The team showed that this damage is due to a blood clotting factor, called thrombin, which is produced by muscles to which the nerves connect. Mice that had Schwann cells but no thrombin experienced less degeneration than those with typical levels of thrombin. The next step is to explore the role that thrombin play in neurodegenerative disease.