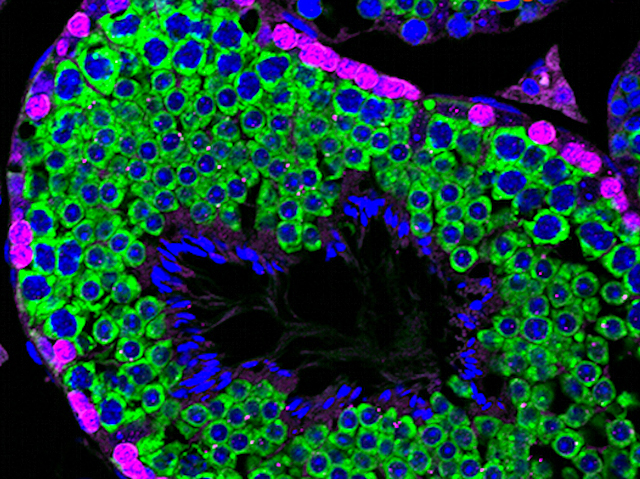 Cell division drives the constant flow of life. This replication can take two forms: mitosis, when cells duplicate to two identical copies, and meiosis, the link between generations – the germ line – that produces sperm or egg cells. Studying how meiosis gets going is difficult because it’s hard to collect enough cells just as they begin. But a new chemical trick that prompts many cells to start at once produced a large enough sample for researchers to see what was going on. STRA8 (highlighted in magenta in the mouse testis pictured) is a protein produced by germ line cells (green), but its exact role in meiosis was a mystery. A closer look revealed that it sparks meiosis into action by binding to thousands of different genes, and kicking them into gear. Discovering molecular mechanisms of fundamental life processes, like this wide-reaching green light, is the first step in deducing what goes wrong during disease.