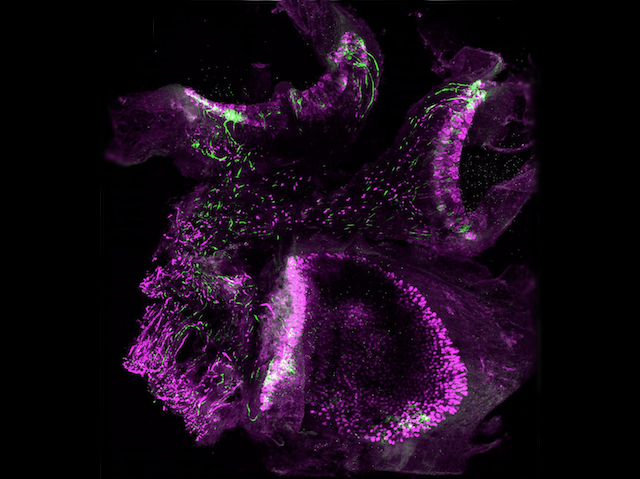 Ever wondered why the world doesn't appear shaky when you go for a run, but whip out your phone camera and you're guaranteed to get the shaky cam effect? It's because your inner ears detect the position of your body and send this information to your brain's cerebellum, which coordinates adjustments of your head and eyes so you can focus your vision. Researchers investigate the different routes this information takes to reach the cerebellum by infecting cerebellar nerve cells in mice with a virus carrying a fluorescent marker. Subsequent imaging of the inner ear (pictured) allowed them to trace the routes taken by these nerve cells (green). Studying the electrophysiology, they revealed how depending on the route taken, direct or indirect, different subtypes of nerve cells in the cerebellum were activated. More research into these nerve networks will help uncover what goes on in balance disorders such as vertigo.