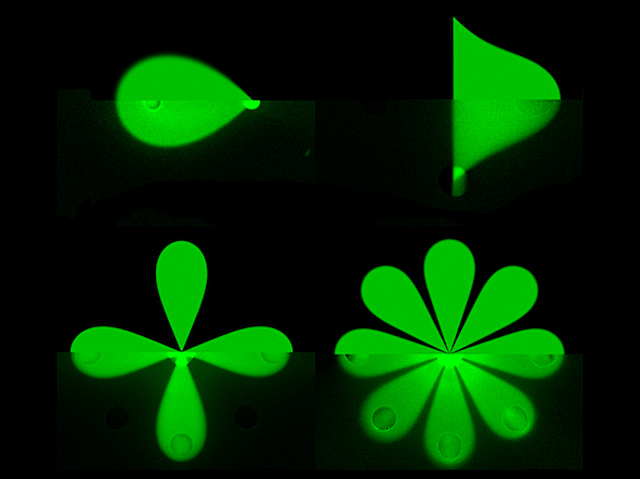 Beyond test tubes, petri dishes and pipettes, modern laboratory tests are often performed inside tiny networks of tubes that would fit on credit cards – ‘labs on chips’ controlled by computer to mix chemicals and cells together. Here though, rather than forcing fragile cells through tiny pipes, chemicals are blown into arc-like shapes by tiny jets of air; part of a new technology called open microfluidics. Angling the jets creates different patterns of fluids, or perhaps cells, suited to helping reactions along. Mathematical modelling simulates the overall effect (upper part of each shape), before scientists create the real experimental set up (underneath). As the models explore even more complicated plans, they aim to discover the best designs for certain tasks, like mixing drugs or performing quicker tests on patients’ samples.