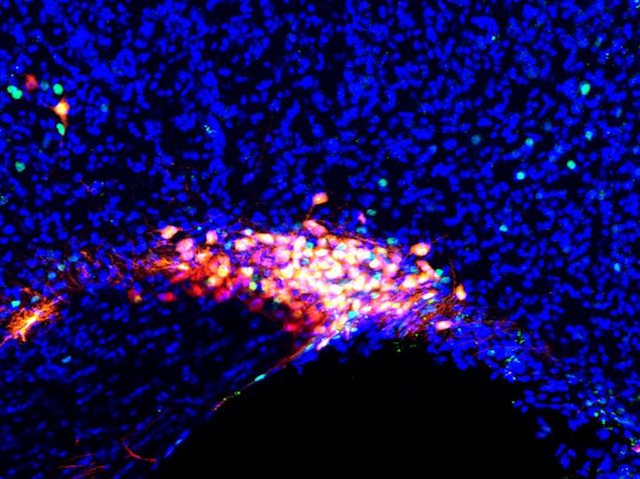 Despite general anaesthetics having been used since the middle of the 19th century, doctors have never known the exact mechanism by which they work. A prevailing notion was that the drugs led to a widespread shutting down of brain cell activity. But recent work shows that there's also a key part of the brain that general anaesthetics activate: the supraoptic nucleus – a cluster of hormone secreting cells (stained red in the slice of mouse brain pictured). By using a genetic technique that allows cells to be instantly stimulated by light (optogenetics), researchers found that activating this cell cluster caused awake mice to stop moving and fall into a deep sleep akin to unconsciousness. Elimination of the cells, by contrast, prevented sleep. The identification of this anatomical mediator of general anaesthetics could lead to the development of better drugs – for both anaesthesia and sleep – with fewer unpleasant side effects.