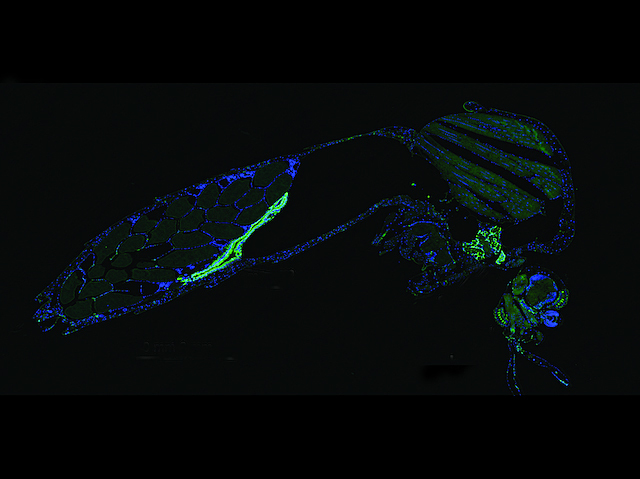 Investigating which mosquito species could spread Zika in Australia

When we hear of disease outbreaks in other countries, many people’s first thought is whether there’s any danger of it becoming a problem closer to home. Zika virus is an insect-borne disease that causes little damage in most people, but can have serious impacts for some, particularly pregnant women and their children. There have been recent outbreaks across the world, but Australia has so far evaded major issues. Keen to keep it that way, researchers have investigated how capable Australian insects are of transmitting the virus, since similar species have been known to carry the disease elsewhere. They discovered that two mosquito species present in Australia are susceptible – Aedes albopictus and Aedes aegypti, pictured infected with the virus in green in the head, salivary glands and midgut. Of the two, A.aegypti transmit the strain better, and understanding this potential danger is the first step in keeping Zika out.