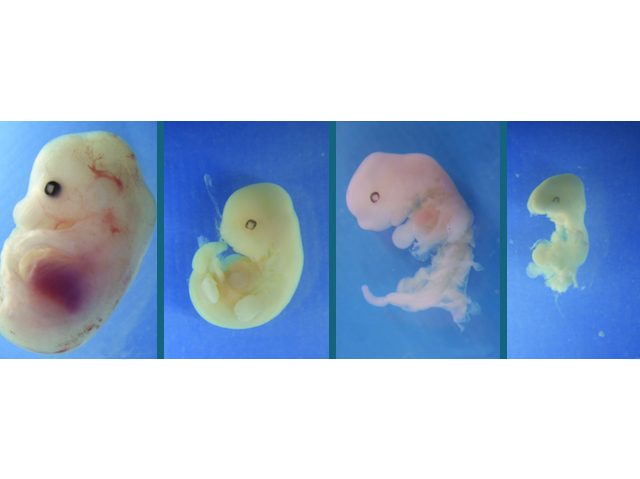 Zika’s harmful properties in pregnancy have not evolved only recently

Zika virus has been on a world tour since its discovery in Uganda in 1947. Spread by mosquito bites, it travelled from Africa up through Asia, eventually reaching the Americas. Along the way it has evolved into two distinct lineages – African and Asian/American. Although it only causes mild symptoms in healthy adults, Zika infection in pregnancy can be devastating, leading to miscarriage and problems with brain development (microcephaly). Curiously, this seems to be a relatively recent effect, leading researchers to wonder whether the virus picked it up along its travels. To find out, they exposed pregnant mice to different versions of Zika from around the world and looked at the effects on their foetuses, around three quarters of the way through development. All three types caused serious problems (second, third and fourth panels) compared with an uninfected mother (first panel), proving that Zika’s harmful properties in pregnancy are nothing new.