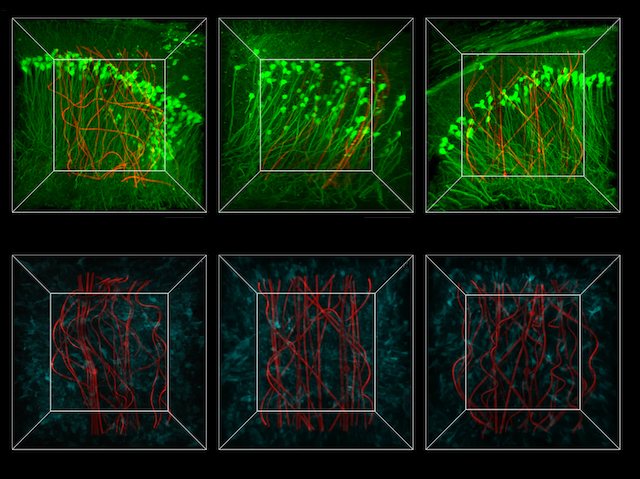 Any spy sneaking into enemy territory needs a convincing disguise to blend in with the locals. The same is true of electrical devices implanted into the body. If the body recognises the gadget as an outsider, it will try to fight it off, interfering with its ability to monitor normal activity. For example, brain implants tend to be conspicuous in the natural surroundings, being large and more rigid, so the immune system steps in. A new version is smaller, more flexible, and mimics brain cells (neurons) much more closely (red, surrounded by neurons (green) and other brain material called astrocytes (blue) at two days, two weeks and three months after implantation, left to right). Once injected, the artificial neurons can settle in unnoticed, meaning they can report on natural activity, which could reveal important information about a range of neurological conditions, and could one day help enact new treatments directly to troublesome areas.