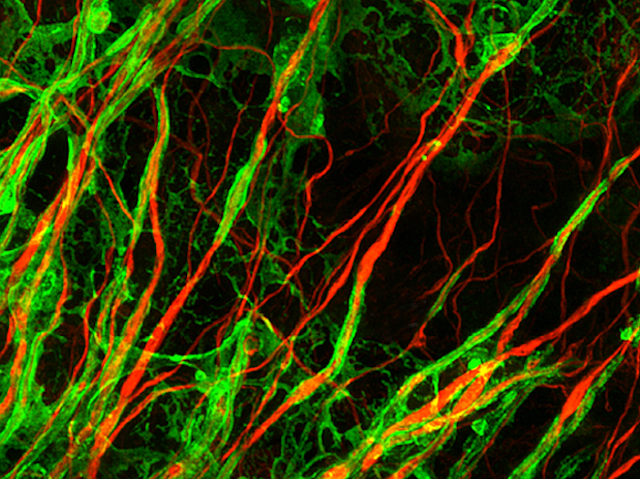 Speech begins to slur. One side of the face droops. A raised arm unwillingly drops down. These are all signs that the brain is being damaged by stroke. Growing research suggests that repairing the brain's white matter can improve the physical and cognitive impairments caused by stroke. This involves re-wrapping nerve cell projections called axons with sheaths of myelin – a process called remyelination. Researchers looked at the effect of stroke on white matter in mice with reduced levels of the signalling molecule IL-4, which is involved in maintaining brain function. These mice showed greater white matter damage compared to normal mice, while increasing IL-4 in normal mice after stroke reduced white matter damage and physical and cognitive impairments. By fluorescently imaging brain tissue (pictured) that modelled the loss of myelin sheaths (green), the team demonstrated that adding IL-4 promoted remyelination. IL-4 could, therefore, become a novel stroke therapy.