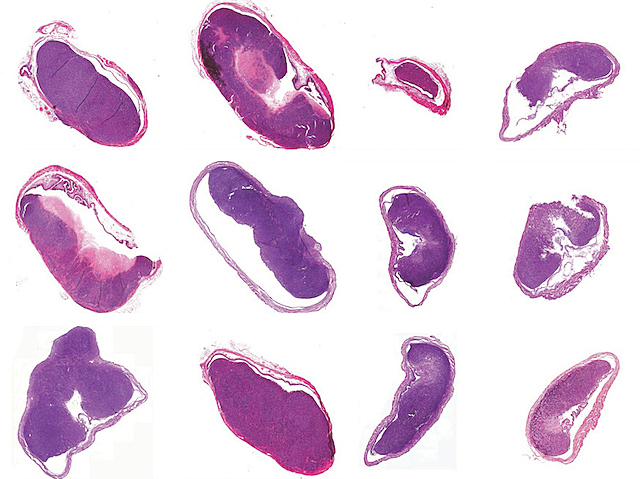 Named after the eponymous video game and comic book series, the Sonic Hedgehog gene (SHH) plays a role in adult stem cell division. In the bladder, SHH helps block cancer cells from growing, which prompts aggressive cancer cells to turn off the gene. A study looked at how they manage to do this and what happens when SHH is switched back on. Looking at cell DNA from bladder cancer patients, the team found that the SHH gene didn’t have any obvious flaws but found signs of DNA methylation, a process that can switch genes off. When human cancer cells were transplanted into mice, tumours developed (left two columns). However, mice treated with a drug that blocks methylation had less tumour growth and their cancers were less aggressive (right columns). In future, applying these insights about SHH and methylation to the clinic could help develop new treatments to manage more aggressive cancers.