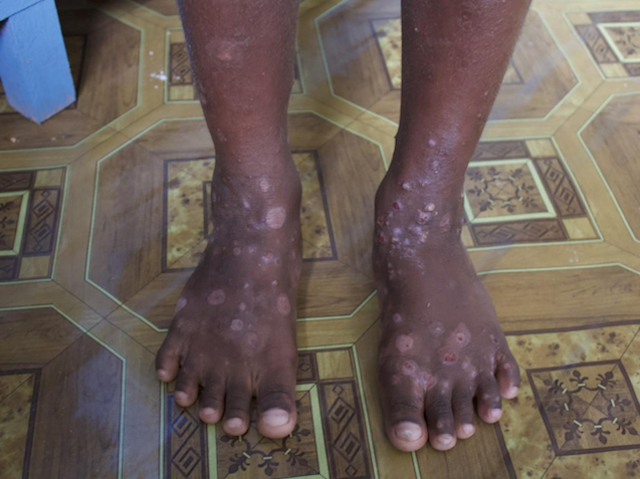 Sometimes the prevalence of an infectious disease in a population can be so high that medicating everyone, whether infected or not, may be the most effective means to combat its spread. Such an approach has been adopted to prevent malaria outbreaks, and now researchers have applied the concept to tackle scabies on a remote Fijian island. Before the treatment trial, approximately one third of the island’s population had scabies – a condition wherein tiny mites burrowing into the skin cause intensely itchy bumps (as seen on the person’s feet pictured) and which, if untreated, can lead to severe bacterial infections. Two years after a single treatment (or two treatments a week apart for confirmed scabies cases) the prevalence remains at just 3.6 percent. While treating perfectly healthy people isn’t generally advisable, these results suggest that under certain circumstances mass medication of a population may benefit healthy members in the long run.