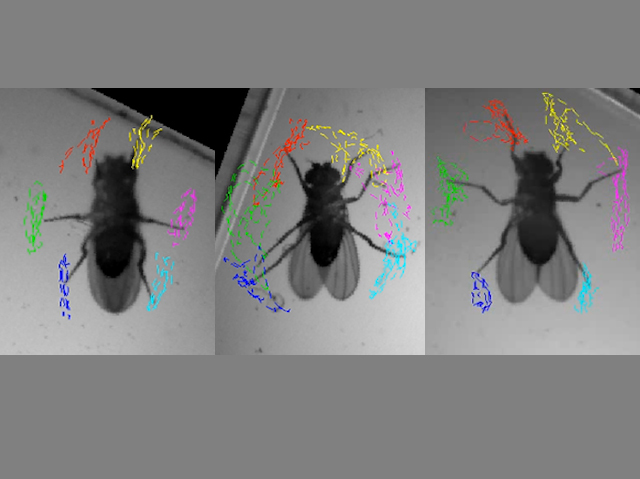 Brain diseases such as Parkinson’s disease and spinocerebellar ataxia affect people’s movements, causing problems with walking and creating characteristic trembling shaking known as tremors. In order to understand more about what’s going on as these diseases develop and how best to treat them, researchers have turned to tiny genetically-modified fruit flies, which recreate the underlying biological problems that cause these diseases. And it turns out that these insects also have the same movement problems seen in patients. Using clever image analysis software, researchers can now automatically track and compare leg movements in flies that mimic different brain disorders. They’ve found that flies simulating Parkinson’s disease (right) and spinocerebellar ataxia (middle) have distinctive but different movements patterns compared with normal insects (left), providing a useful tool for studying these diseases in greater depth to understand what’s gone wrong, and providing a new way of testing the effects of novel therapies.