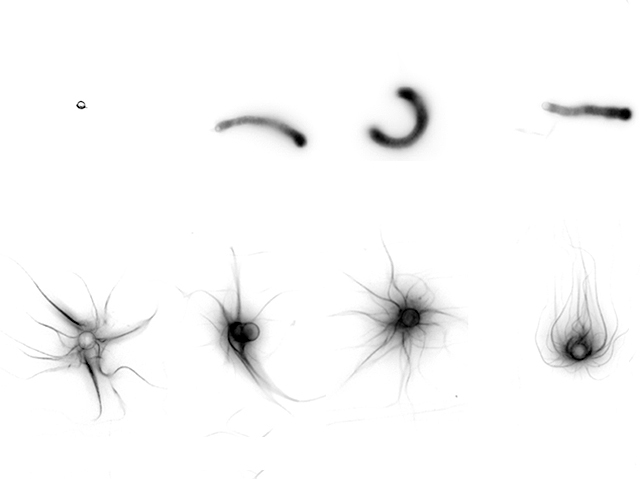 Inside every cell is a dynamic biological scaffold called the cytoskeleton, which needs to rapidly react and remodel itself as a cell changes shape to move or divide. The struts of the cytoskeleton are made from small, blobby actin proteins that self-assemble into long chains known as filaments, which grow and shrink as actin molecules are added or removed. These fine actin filaments form two different types of structures inside cells: thick, sturdy cables in the presence of a protein called WASp or spidery networks if formin proteins are nearby. However, much less is known about the role of another protein known as Arp2/3. Gradually increasing the amounts of Arp2/3 in the mix trigger the growth of WASp-based chunky cables (top row left to right) but have no effect on the spindly formin formations (bottom), revealing important insights into the molecular builders responsible for constructing the cytoskeleton’s component parts.