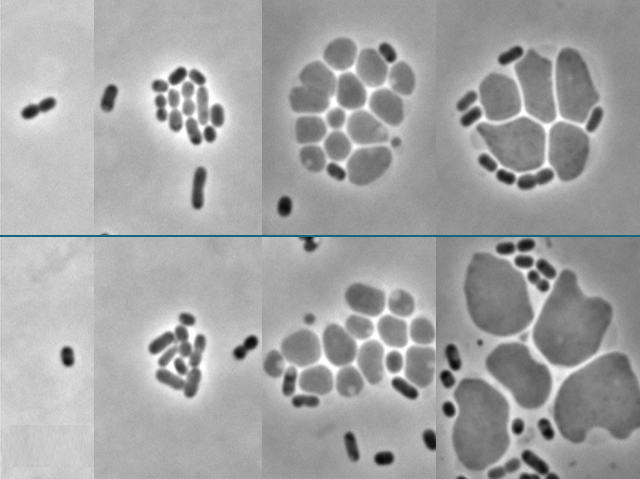 Many types of bacteria are shaped like microscopic balls or rods, like the ones on the left of this image. But break a gene called murA – which builds the stiff bacterial cell wall – and something strange starts to happen. Within 24 hours, the bugs have grown into bizarre giant cells (right) that look nothing like the neat rods that they normally resemble. Under most circumstances, having a faulty murA should be enough to kill the cells. But researchers have worked out a clever way of keeping them alive long enough to see its strange effects. Many antibiotics are designed to target parts of the cell wall, yet bacteria are increasingly evolving resistance to these life-saving therapies. By figuring out how these bugs survive without such an essential cell wall gene, scientists hope to find ways of combating antibiotic resistance or developing more effective new drugs in the future.