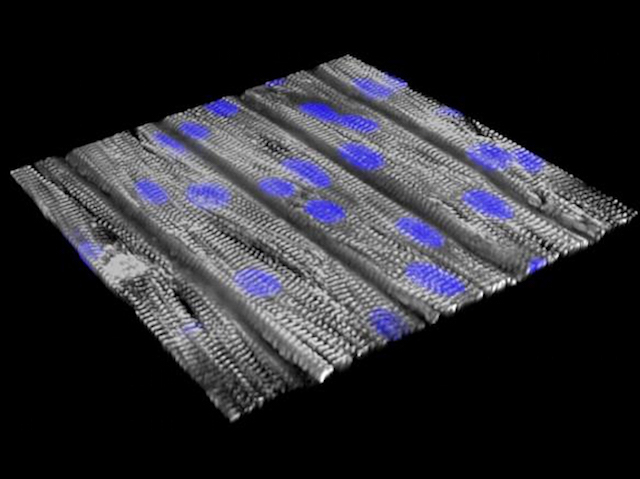 A reliable heartbeat is essential for keeping a steady flow of blood going around the body. But some people have genetic alterations that cause their hearts to beat irregularly in response to exercise or stress (a condition known as CPVT), which is a major cause of sudden death in children and young adults. It’s hard to get hold of heart muscle from people with CPVT to study in the lab, but scientists have now come up with a clever solution. They’ve been turning patients’ blood cells into stem cells and growing them into slabs of heart muscle like the one shown here. The lab-grown muscle cells can ‘beat’ just like a human heart and replicate the irregular rhythms seen in people with CPVT under conditions that mimic exercise. These ‘hearts in a dish’ are a powerful tool for testing potentially lifesaving new treatments for the disease such as gene therapy.