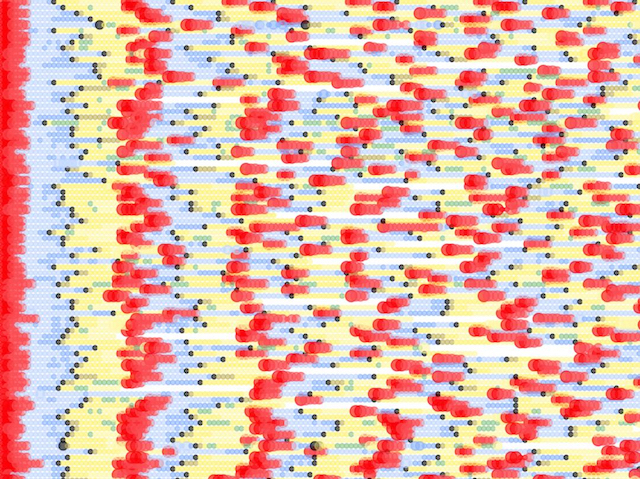 Analysing the use and accuracy of menstrual cycle tracking apps

Women are increasingly using apps to track their menstrual cycle, not only to predict when their period might arrive but also to figure out when they're most likely to be fertile. But while these apps are gaining in popularity, there have been very few large-scale studies of how accurate and useful they are in tracking menstrual health and fertility. This image shows a data simulation from a new study analysing more than 2.7 million menstrual cycles for two hundred thousand users of a period tracking app. Each line is a user and each dot represents a single day, with red spots denoting a period, black dots highlighting the most likely date of ovulation, and the blue and yellow colours showing other phases of the cycle. This is the first major study of its kind, setting the stage for more research into this under-studied but vitally important area of health.