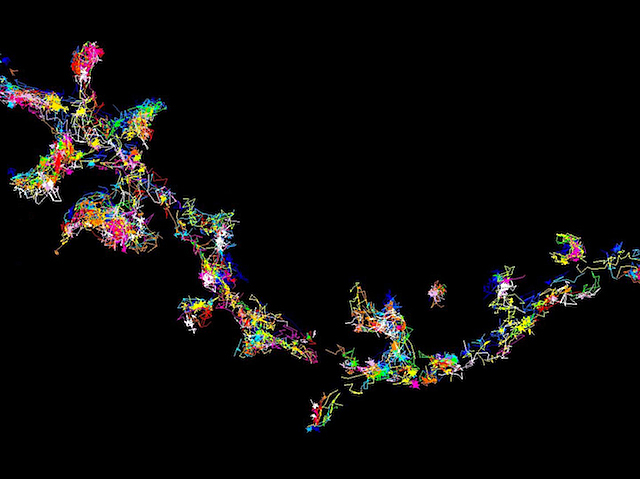 Impulses that zip around our nervous system need a clear path – a blockage might slow down or stop important brain functions. In these mouse neurons, super-resolution microscopy follows the movements of a molecule called Fyn, which usually helps to send signals around the dorsal hippocampus, part of the brain where memories are made. Yet researchers found genetic mutations affecting another molecule called Tau – associated with Alzheimer’s disease – causes Fyn to bunch up into 'nanoclusters’. These clog up healthy signals between neurons, potentially explaining the memory loss common in dementia. Such advanced microscopy techniques, able to zoom in on single molecules, may help to compare the behaviour of Tau and Fyn after treatments with drug compounds designed to break up the clusters and combat the symptoms of dementia.