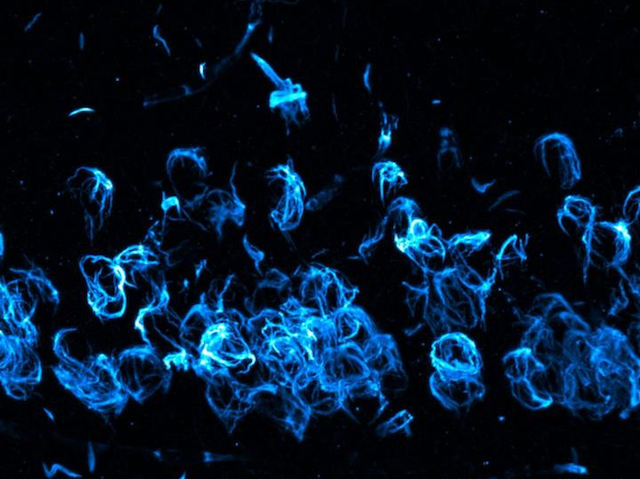 A protein called alpha-synuclein, which clumps to form damage in certain brain diseases, also has a helpful role

A protein that causes cells to die in Parkinson’s and other brain diseases may have a benevolent side that could be harnessed to develop new treatments. Called alpha-synuclein, the protein damages cells when many copies of it clump together to form Lewy bodies, shown here in blue within a mouse’s brain. Before it’s drawn into these clumps, alpha-synuclein typically sits inside the cell’s centre, or nucleus, alongside the DNA. Copies of this DNA are made for use elsewhere in the cell, but sometimes the copying process goes wrong and causes the genetic strands to break. New research in mice shows that alpha-synuclein rapidly moves to the site of damage, where it's thought to bind and repair the strands. It's only when the protein is trapped in cellular clumps that the damage continues unchecked – perhaps leading to disease. New treatments could protect cells by replacing or mimicking the protein.