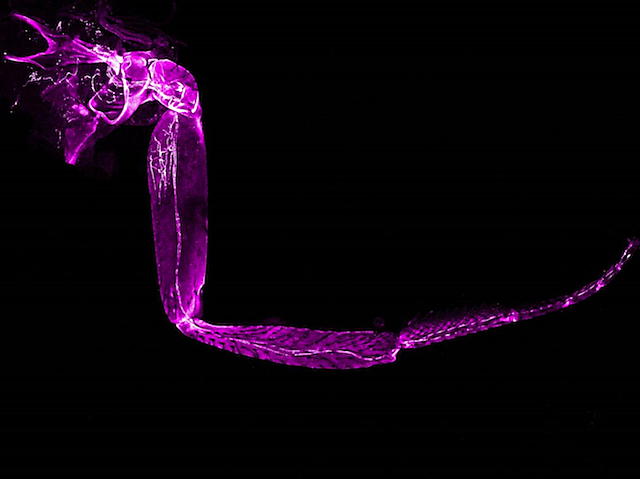 The genetic controls that enable maintaining a balanced posture

A bit like a canoe in a lake, a baby rolling over is an example of ‘self-righting’ – a trick of brain-to-muscle communication that’s also a sign of healthy development. Fruit flies do a similar thing, changing their posture to remain balanced – in both species the secret is self-righting signals sent down specific motor neurons into flexing muscles. In a study of the genes involved – using motor neurons like the one shining white here in a fly’s leg – researchers found surprisingly simple genetic controls – one a stretch of RNA called miR-iab4, 'switches off' another, a gene called Hox, to enable self-righting. There are human forms of these, and studying how their relationship changes with age and illness may give a better understanding into motor neuron disease as well as Parkinson's and Huntington's disease – while potential drug treatments could be first tested on the fly.