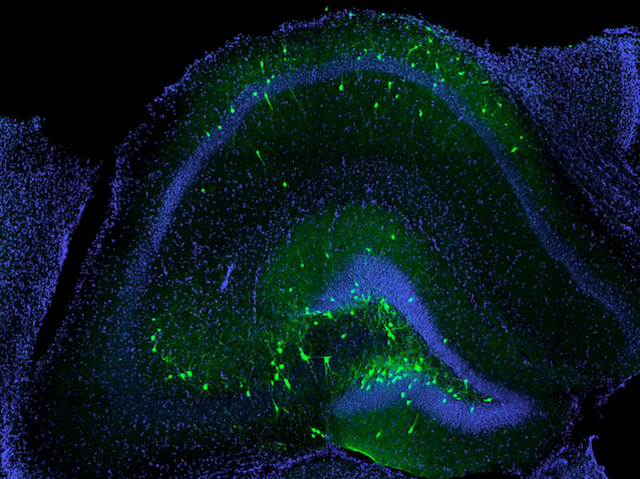 A violent blow to the head or body can have devastating effects, with some symptoms such as memory loss and epilepsy lingering for days, months, and even years. While the body is generally pretty good at repairing itself, it struggles making new brain cells after traumatic brain injury (TBI). In an attempt to rectify this, scientists have recently tested on mice a new TBI therapy that targets the hippocampus, the brain area responsible for memory and learning. The team transplanted progenitor cells capable of replacing interneurons [type of nerve cell] lost after the injury into the hippocampus of mice following TBI. Transplanted cells (green) formed new connections with surviving cells (blue) and helped rebuild the hippocampus’ damaged circuits. Memories improved within a month of the transplant, and the mice didn't develop epilepsy. Demonstrating the long-term success of TBI cell therapy is a significant step towards implementing this type of therapy in the real-world.