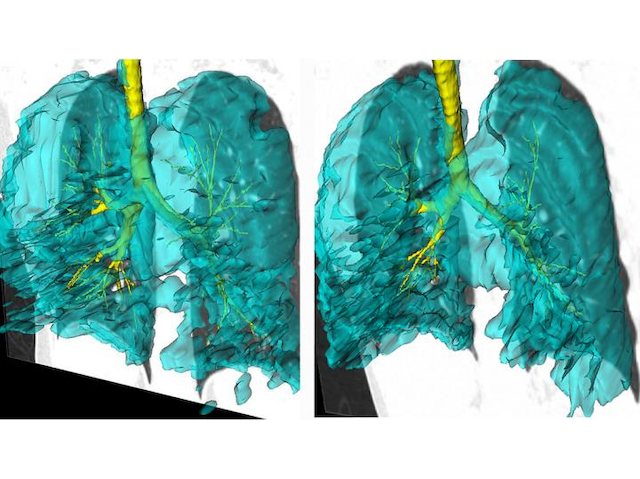 Asthma is a widespread condition that affects ventilation during breathing – often leaving inflammation and scarring around the airways and lungs. Until recently, the patterns of damage were thought to be random, but these MRI scans from related asthma sufferers show matching currents in the air flow (blue) around their affected lungs. The scans belong to non-identical twins – sisters in their late 40s – whose matching asthmatic patterns remained the same over a seven year period. Further investigation may reveal that asthma’s hidden effects aren't completely random, but perhaps influenced by genetics or a shared environment – and may suggest ways of tailoring personalised medicine to treat the condition.