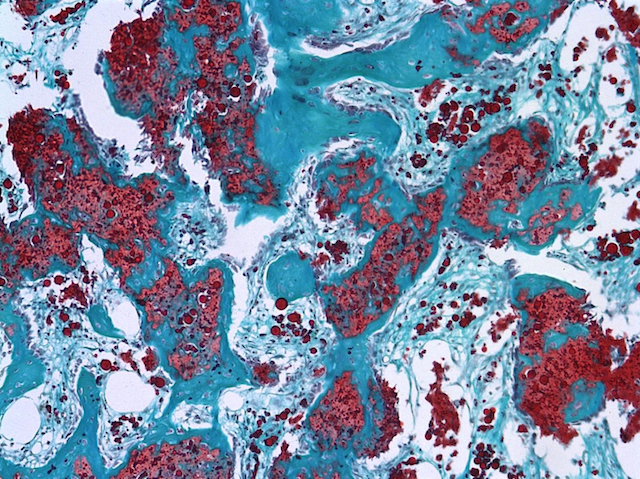 Commonly used to facilitate bone repair in large fractures, bone morphogenetic protein-2 (BMP-2) boosts bone production, but the large doses required also cause problems, particularly unwanted bone growth in nearby tissues. Several methods have been employed to restrict BMP-2 to specific areas, by attaching it to a collagen scaffold or embedding it in biomaterials with proteins that bind to BMP-2, but with limited success, as the right balance of release and restriction is difficult to strike. Here, researchers propose a new technique, attaching BMP-2 to microparticles of heparin, a polysaccharide often used as a blood thinner, or anticoagulant. Tests on bone defects in the femur of rats (pictured, with heparin particles in red) found that bone growth was better restricted to the correct area when using heparin microparticles. While further issues need to be addressed, this method could open up a promising path towards more targeted bone repair.