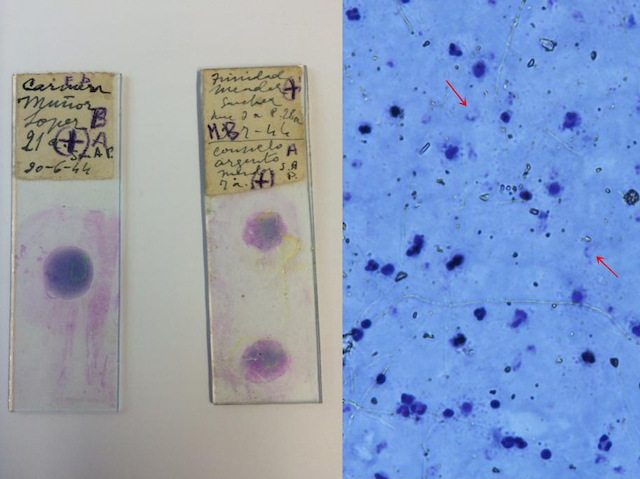 We usually think of malaria as a disease that’s confined to tropical regions like sub-Saharan Africa, South East Asia and South America, so it may be surprising to know that it used to be widespread across Europe and was still present in Spain as recently as the 1960s. Malaria is caused by blood-borne parasites that are transmitted by mosquitoes. These glass microscope slides, made in 1944, are coated with blood from Spanish patients infected with malaria parasites (highlighted by red arrows). Scientists have now been able to extract and sequence DNA from these long-gone parasites and compare it with genomes from malaria parasites around the world today. Intriguingly, these Spanish samples have certain genetic mutations that make them resistant to modern anti-malarial drugs, despite the treatments not having been invented at the time. And they also reveal that European colonists unhelpfully introduced malaria to South America in the 15th century.