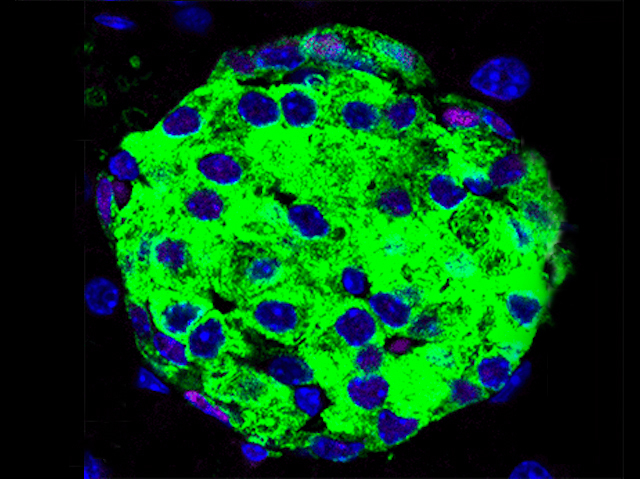 Just like we rely on help from our friends to keep us from going astray, elements in the body rely on those around them to help do their jobs and not wander into trouble. eIF5A is a translation factor – involved in the creation of proteins from DNA – pivotal to both healthy development and cancer, that’s helped when a companion molecule called DHPS modifies it. A new study has examined this relationship in obese mice and found that this change enables eIF5A to prompt the expansion of β cells in the pancreas – cells that produce insulin (green in the pancreas pictured). When the assistance of DHPS was removed, eIF5A couldn’t support β-cell growth, and diabetes developed due to a lack of sugar-managing insulin. This suggests the interaction between DHPS and eIF5A helps prevent diabetes in vulnerable individuals – another facet of an elegant relationship.