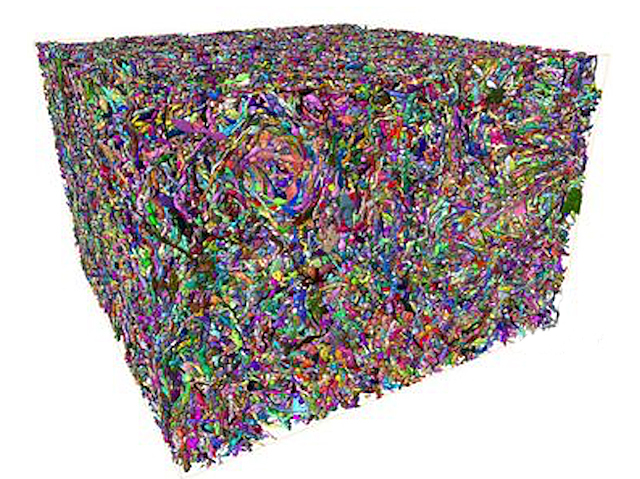 Imaging the intricate network of cells in the brain's cerebral cortex

Trying to untangle sets of Christmas lights can feel impossible. So imagine trying to do the same with millions of interweaved, microscopic brain cells. The human brain is one of the most complex structures in the world, and untangling its dense contents has long been an unattainable goal for researchers trying to unpick its secrets and understand how diseases take hold. A new approach has used automated image analysis to map the intricate connections in a part of tissue from the cerebral cortex, the outer layer of the brain. The reconstruction, pictured, contains over 34,000 brain cells and their long protruding axons. This approach to laying out the precise connections between brain cells could next be applied to tissue from other areas of the brain, or those suffering from disease, which could ultimately reveal previously hidden details of what goes wrong, and guide the way to treating it.