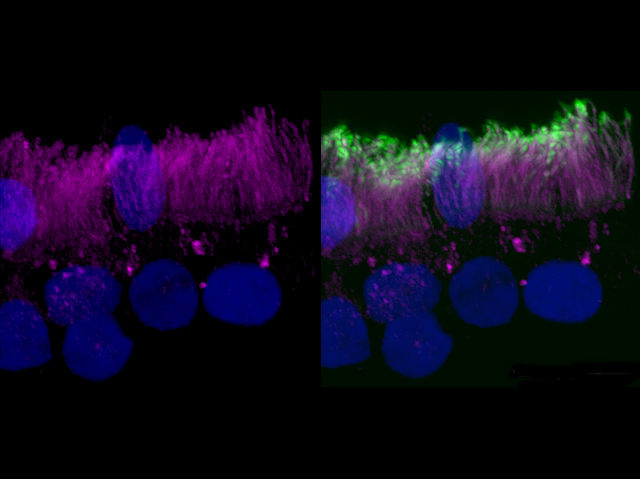 These delicate waving pink fronds are cilia – tiny hairs on the surface of the cells lining the airways. They effectively act as tiny ‘brushes’, sweeping away gunky fluids containing nasty stuff like trapped bacteria, viruses and dirt. Cilia are found in other parts of the body that need help keeping things moving, such as the fallopian tubes that carry eggs to the womb, or the fluid-filled cavities in the brain. People with the rare genetic condition primary ciliary dyskinesia (PCD) have defective cilia, causing a range of health problems including lung disease and infertility. While around 40 specific gene faults responsible for PCD have been found, accounting for around 70% of patients, many are still left without an explanation. Researchers have now found that faults in a gene called CFAP57 cause PCD – the first time that this gene has been linked to the condition – pointing towards new ideas for treatment.