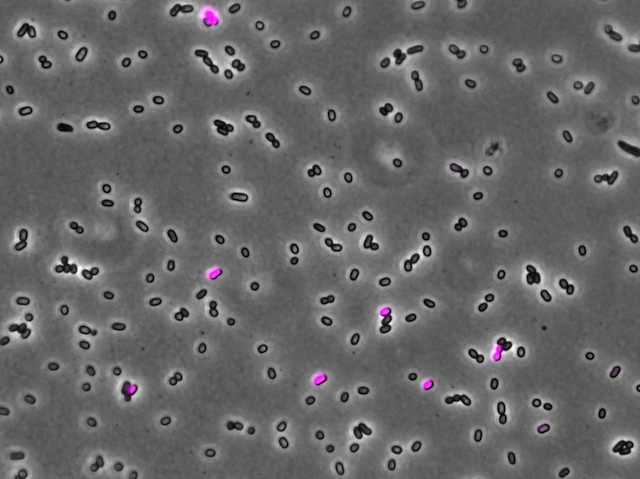 Inside these unassuming bacteria lurks a rogue element known only by the codename ICEclc. It’s an example of a mobile genetic element – a small piece of DNA that can jump from one bacterial cell to another, often carrying useful information such as genes for antibiotic resistance. ICEclc usually lurks quietly within the DNA of its host but sometimes it can take over, hijacking the host cell and making more copies of itself that can be passed on (hijacked cells are highlighted in pink in this image). Although it’s helpful for bacteria to harbour ICEclc and benefit from its antibiotic resistance genes, the process of copying and passing it on actually prevents bacteria from multiplying themselves. Figuring out how ICEclc and its hosts maintain their truce and what happens when it breaks down could lead to new strategies for combating the spread of antibiotic resistance – a major global health problem.