Focus on Films - I 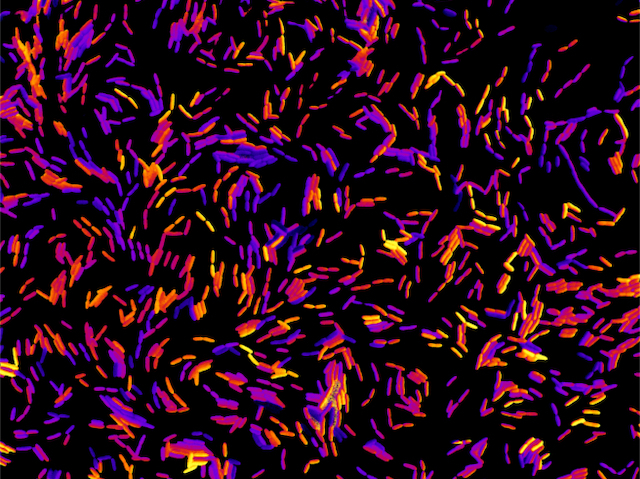 Going to hospital is never good news, and it’s even more frustrating for people who pick up an extra infection while there. Pseudomonas aeruginosa is the bacteria behind one of the most common hospital-acquired infections, and is extra powerful when it attaches to a solid surface. How this anchoring makes it more virulent is unclear, so a new study used a biosensor to detect a key material produced by the bacteria. The experiments revealed that the bacteria ramp up their production and release of toxic alkyl-quinolone molecules, pictured with the sensor on a surface-attached population. When the bacteria latch on, the compounds are packaged up and secreted to harm nearby host cells. Revealing how this physical attachment dictates molecular behaviour to bolster the bacteria’s attack may point to new ways to tackle or prevent infections from P. aeruginosa and other similarly troublesome foes.