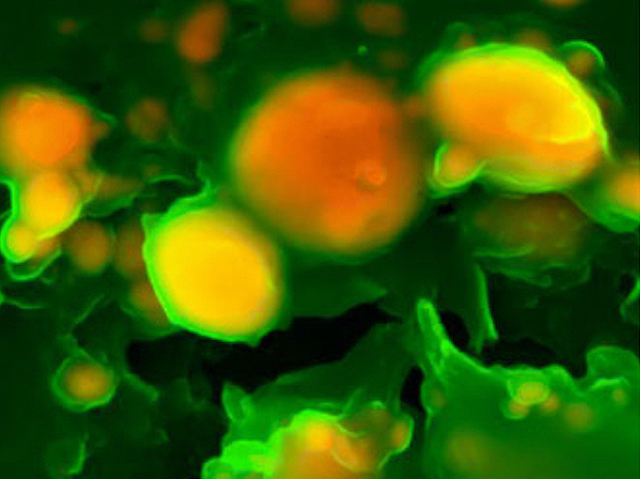 Cardiovascular disease – problems with the heart and blood vessels – is the biggest leading cause of death worldwide. Many of these issues are caused by fatty buildups called atherosclerotic plaques, which clog the arteries and lead to heart attacks, strokes and other serious health effects. It’s now known that plaques start from collections of tiny blobs called microcalcifications, seen here (orange) in the carotid artery (tissue in green) that runs up the neck and supplies blood to the brain, but it’s not clear what triggers the microcalcifications to form in the first place. Researchers have discovered that little packets of molecules released from cells (extracellular vesicles, EVs), seem to play an important role in kick-starting the process. EVs and microcalcifications have been seen in other diseases including cancer and dementia, so knowing more about how they’re made, what they contain and how they function could be very important for preventing and treating many conditions.