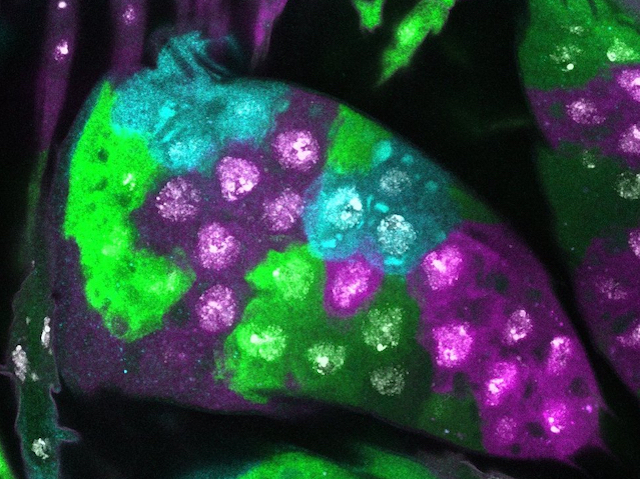 Another way to create giant cells with many nuclei revealed

Single cells can only grow to a certain size because they are limited by only having one set of DNA, packaged up in a structure called the nucleus. Some organisms get around this barrier by creating giant cells with multiple nuclei, known as polyploids. These can either be made by cells fusing together or by cells failing to divide fully after they have copied their DNA. It’s not exactly clear why this happens but being able to share substances over large distances is likely to be an advantage. By carefully studying every tissue in the fruit fly, researchers have discovered a third method, where neighbouring cells form junctions that allow large molecules to flow freely between them. This approach is used to join together more than a hundred cells in the developing fly gut during just six hours of development, representing an entirely new way of organising cells and tissues.