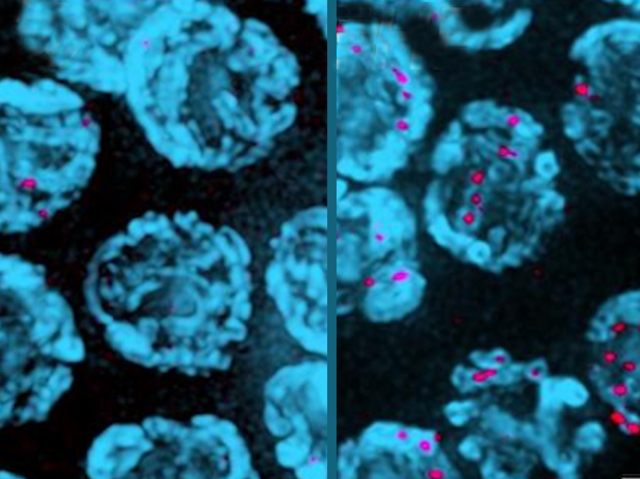 Plastic has changed the world, for better and for worse. While plastic products have revolutionised many aspects of modern life, it’s becoming increasingly clear that many of the chemicals used to make them can have harmful impacts on health and the environment. Diethylhexyl phthalate (DEHP) is one of the most common chemicals used in the production of plastic toys, clothes, food packaging and more, meaning that most people are exposed to it on a daily basis. Worryingly, DEHP is suspected to cause fertility problems in humans. By comparing egg cells in tiny worms that have been exposed to DEHP (right) with eggs from untreated animals, researchers have discovered that DEHP creates breaks in DNA (red spots) and also interferes with the repair processes that should fix them. In turn, these damaged eggs create damaged embryos. The findings highlight the urgent need to reduce exposure to DEHP and find safer alternatives.