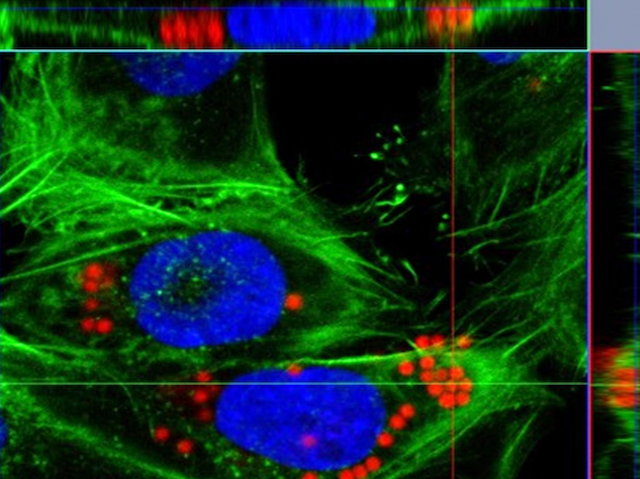 It stands to reason that the better a cancer cell is at squeezing into spaces and crawling about, the better it would be at invading tissues around the body (metastasis). Indeed evidence suggests that the deformability of cancer cells is correlated with their aggressiveness. Until recently, however, there was no convenient measure of this mechanical property that could be translated into a diagnostic indicator – that is, a way to test a patient’s cells to see how aggressive they may be. But, researchers have now discovered that the most invasive, deformable cells also tend to engulf more extracellular particles. The cancer cells pictured, for example, have gobbled up a large number of red fluorescent microbeads. And this behaviour lends itself more readily to detection and quantification. Aside from developing novel diagnostic assays, researchers may be able to exploit this new found gluttonous behaviour to target drugs into the most invasive cells.