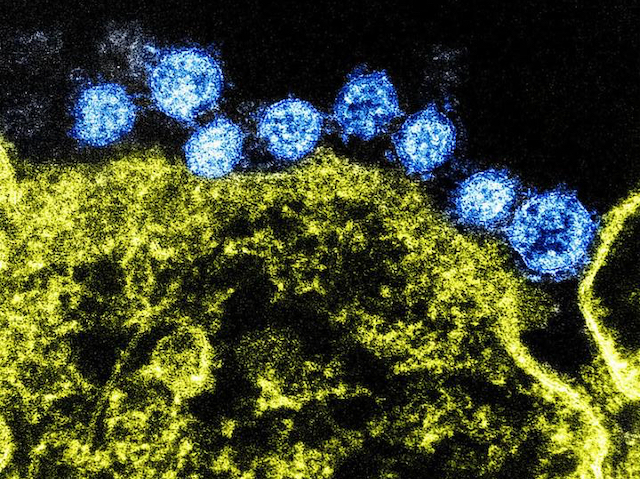 Understanding members of the coronavirus family – similarities and differences

Since it was identified last December in China, the world has been anxiously watching the spread of a new form of coronavirus. Named SARS-CoV-2 (causing COVID-19 disease), it's one of seven coronaviruses now known to infect humans, including some responsible for the relatively mild common cold, and others causing far more serious diseases. The current epidemic is the third instance of previously-unknown zoonotic coronaviruses, transmitted from animals to humans, causing major outbreaks. SARS (Severe Acute Respiratory Syndrome) coronavirus, linked to bats and civet cats, infected over 8000 people in a 2003 epidemic, while MERS (Middle East Respiratory Syndrome) coronavirus (pictured in blue), transmitted via camels, emerged in Saudi Arabia in 2013, where it still causes sporadic outbreaks. Initially picked up from animals, SARS, MERS, and SARS-CoV-2 can all be transmitted between humans too, facilitating their spread. In our highly connected world, controlling such newly-emerged diseases represents a major challenge for global health.