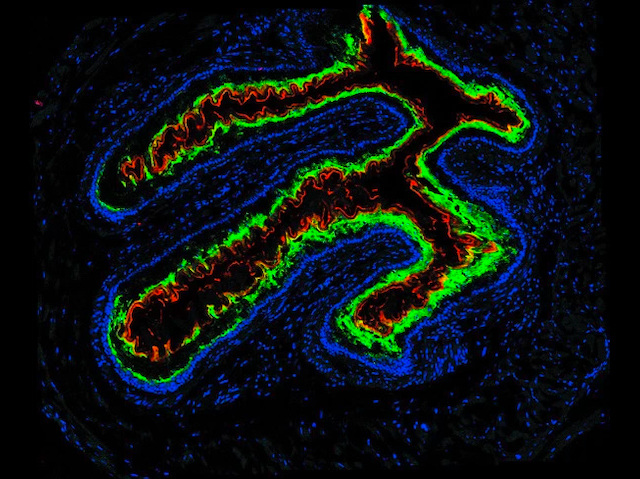 It can be hard to adapt when you move to a new place. Luckily, the same is true for cancer cells trying to migrate from one organ to another – a process called metastasis. Most bowel cancer cells that try to set up a second home in the liver die in the process, but a few particularly hardy ones can manage it, and create a dangerous secondary tumour. To study this, and learn how to prevent it, researchers introduced human tumour cells into a mouse liver (pictured). They discovered that cells capable of spreading had particularly high levels of a protein, PCK1, which helps build nucleotides – components of DNA. When the tumours were treated with a drug that blocks nucleotide formation, usually used for arthritis patients, they were no longer able to metastasise, raising hopes that it, and other similar drugs, might help stop bowel cancer in its tracks.