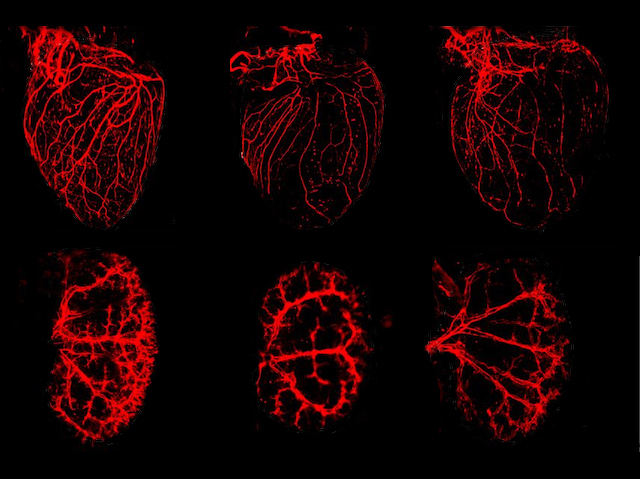 Don’t be fooled by the delicate red traces in these images of developing mouse hearts (top row) and kidneys (bottom). They may look like blood vessels, but they’re actually the long tails of sympathetic neurons. These are a key part of the autonomic nervous system, responsible for controlling the unconscious actions that keep the body alive. As well as helping to maintain healthy functions under normal conditions, sympathetic neurons are involved in triggering the ‘fight or flight’ response that’s brought on by stressful situations – for example, making the heart beat faster or increasing blood pressure by retaining water that passes through the kidneys. The two columns on the right show organs from animals with faults in a gene called Pggt1b, which normally guides the growth of sympathetic neurons and enables them to extend deep into the developing tissue. Without the gene these nerves don’t grow properly, causing problems later on.