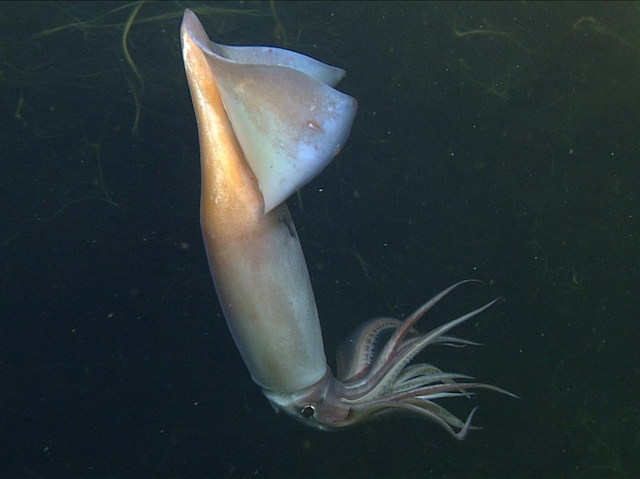 Animals often uses colour to communicate – pattern of pigments in feathers, fur or skin used to warn, threaten or welcome others. Recent research suggests the Humboldt squid (Dosidicus gigas), creates similarly chatty pigment patterns. They might be completely missed in the dark depths of the Pacific Ocean were it not a feat of biological illumination – photophores beneath the squid’s skin produce luminescence which light up the pigment patterns from behind a bit like a TV screen. Elsewhere, scientists have discovered that one of its pigments, called ommochrome, has anti-microbial and anti-mutagenic properties. While Humboldt squid is often caught for its valuable tentacles, its skin is often disposed of, and may be a sustainable source of colourful compounds used to prolong the life of food, or reduce the risk of cancers.