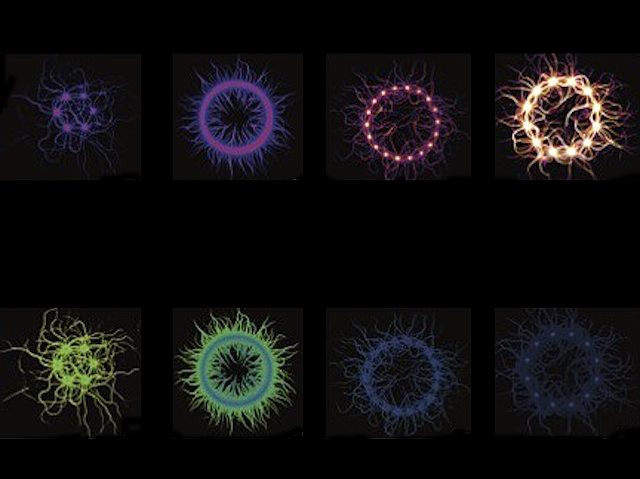 Inside every cell of your body there’s a complex biological ‘scaffold’ made of tiny tubes, known as the cytoskeleton. These tubes are made up of billions of actin molecules, which come together in a similar way that Lego bricks click together to make large, stable structures. However, actin doesn’t act alone. Other molecules help the actin tubes to assemble, giving them different structural properties depending on the job they need to do inside the cell. One of these, called vinculin, plays a particularly important role in building strong yet flexible actin bundles at the sites where cells join together. Researchers have been growing actin tubes in the lab, altering the proportions of actin (top row) and vinculin (bottom row) in the mixture to see what happens to the resulting structures. Their findings help to explain how cells reorganise their internal scaffolding to stick to each other and build a body.