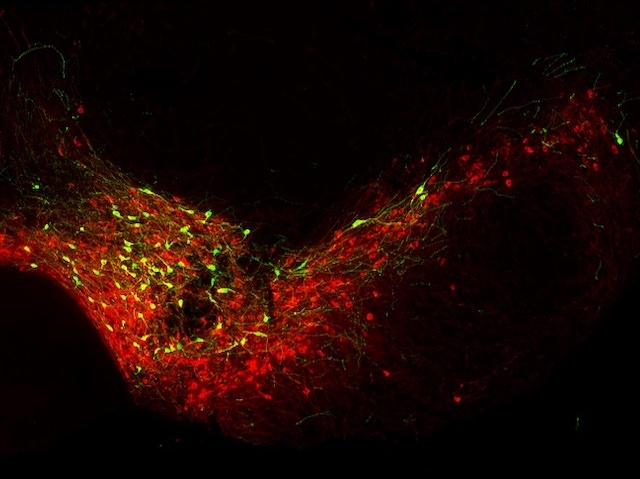 It’s known as the 'feel good hormone', but dopamine does more than boost your mood. It's a signalling molecule that supports essential brain functions, and problems in dopamine-producing brain cells can cause Parkinson’s disease symptoms. Cells in the substantia nigra, part of the midbrain, produce dopamine but are very sensitive to disturbance. A new study looked at the role of BCL11A, a protein known to be important in determining cell properties in the brain and immune system. The researchers labelled dopamine-producing cells (red in the mouse midbrain section shown) to map where they were having an impact. Cells producing BCL11A were labelled green, and the study found that when this production was switched off, those cells became even more susceptible to perishing, suggesting the factor usually protects the cells. If the findings translate to humans, the next step is to interrogate the mechanism and try to harness that protection.