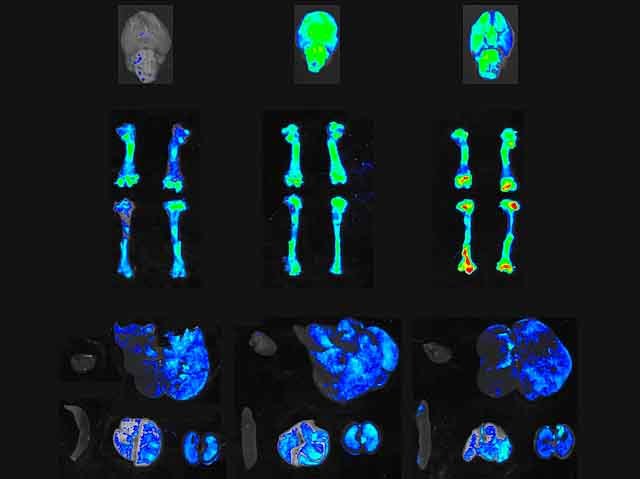 Broken bones take time to mend but research has shown that they heal faster when there's accompanying brain damage. Scientists studying this conundrum uncovered a surprising method of crosstalk between the brain and the skeleton: damaged nerve cells release tiny balls, called small extracellular vesicles (sEVs), which travel through the bloodstream to the bones. The image shows the concentration of sEV’s, ranging from low (blue) to high (red), in the skull, long bones and vital organs at the bottom. Left and middle are samples from untreated controls. The sample on the right was infused with sEV’s from damaged brain cells and has red patches in the long bones where the balls have accumulated. Analysis of the sEV’s cargo revealed they contain biochemicals which stimulate bone growth and so accelerate healing. Since they can be assembled in the lab they have potential as a treatment to hasten fracture repair.