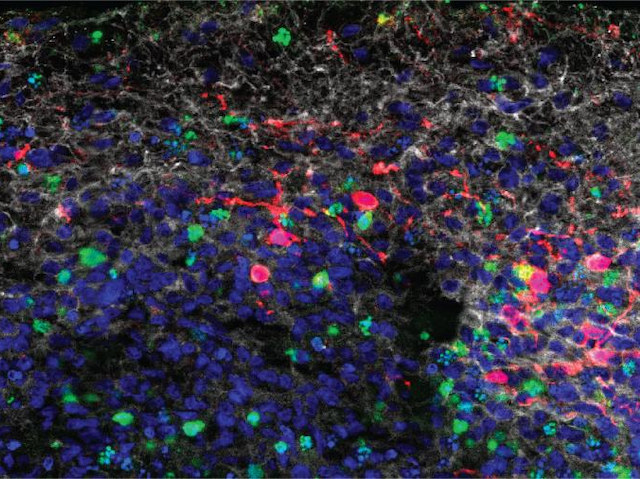 Mini brain model cells get infected with SARS-CoV-2, like lung cells do, through ACE2 protein

This image shows the virus responsible for COVID-19, SARS-CoV-2 (red), in the act of infecting and killing human brain cells, with dead cells shown in green. The cells aren’t those of a patient’s brain of course, which would be impossible to study in this way, but instead belong to a brain organoid – a sort of mini brain made from living human cells that researchers use as a stand-in for the real thing. Such studies revealed SARS-CoV-2 directly infects brain cells via the ACE2 receptor – the same entry point used to invade lung cells – providing a possible explanation for the neurological symptoms some COVID-19 patients experience. The symptoms, which include loss of smell and taste, headaches, fatigue, and brain fog, sometimes persist even after respiratory symptoms clear up. Knowing how the virus wreaks havoc in the brain may therefore lead to specific treatments for tackling these lingering and debilitating issues.