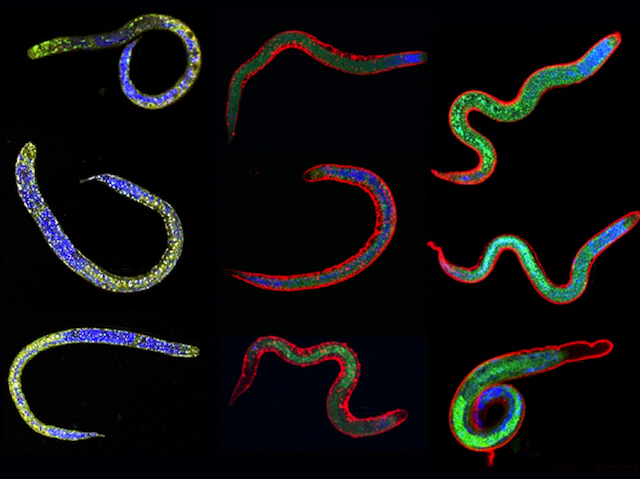 The monster under your bed isn’t a great beast, it’s a tiny dust mite. Mites’ greatest threat is for people whose overzealous immune systems develop allergies. And now a link between allergies and helminth worm infections has emerged, though whether they reduce or worsen symptoms is hotly debated. The link could come from molecular similarities between allergens such as dust mites and helminth antigens (worm proteins recognised by the immune system). To test this idea, researchers asked whether antibodies (the body’s defence molecules, red) could latch onto worms in samples from mice with no previous exposure (left), those sensitised to dust mites (middle) and those with immunity from previous helminth infections (right). They showed that dust mite sensitisation prepped the body to attack helminths, which could imply pro-allergenic properties of dust mites and helminth molecules, adding a new layer complexity to the issue, meaning the dust has not yet settled on this debate.