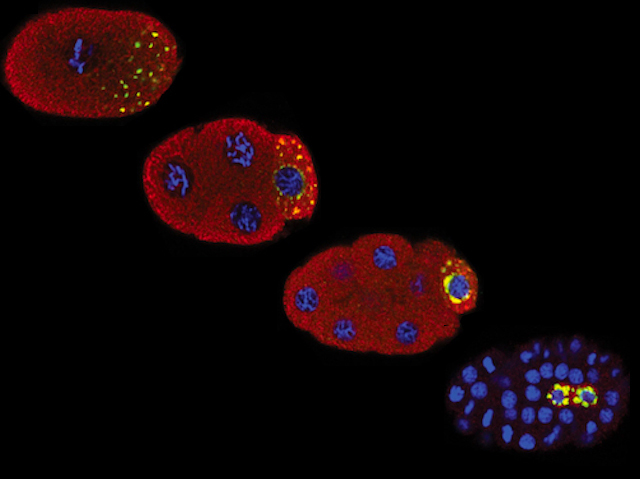 There comes a time in life when we have to start doing things without the help of our parents, and it’s a lot sooner than you might think. Sexually reproducing species like C. elegans nematode worms are created when a tiny sperm fertilises a much larger egg, which then divides over and over again to make an embryo (left to right: one, four, eight and 100-cells). Mum has a much bigger influence over these early stages than dad, as the egg is pre-packed with messenger RNA molecules – genetic instructions that control early development. However, the embryo can’t rely on these maternal messages forever, so at some point it has to get rid of them and rely on its own genes. Researchers have discovered that this maternal RNA is removed by being sliced up into tiny pieces. They suspect a similar system may be at work in other species, including humans.