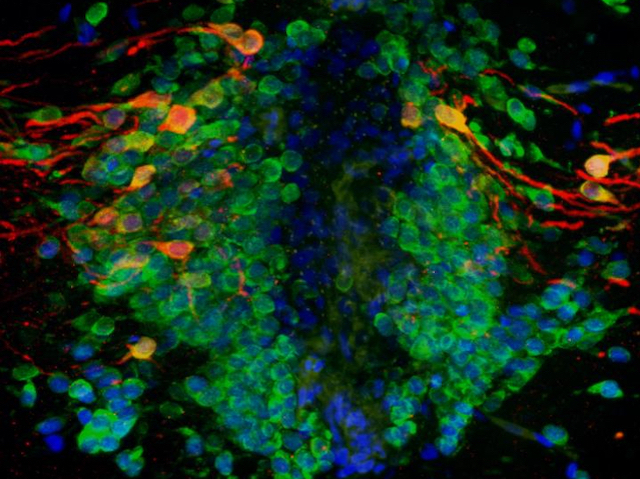 The tremors, rigid movements and diminished coordination suffered by a Parkinson’s disease patient are thought to result from the loss of dopamine-producing neurons in a specific part of the midbrain. Recent research suggests, however, that not only do these cells die prematurely they also fail to grow properly in the first place. From observing the development of such dopaminergic neurons in both living zebrafish and human brain organoids (tiny brain-like cellular structures grown from progenitor cells), scientists have found that the generation of new dopaminergic neurons – like the ones coloured orange in this zebrafish brain – is impaired if the cells carry mutations known to cause Parkinson’s disease. This revised view of Parkinson’s disease pathology suggests that expanding the scope of novel treatment strategies to those that boost production of new dopaminergic neurons in addition to protecting existing cells may be of clinical benefit.