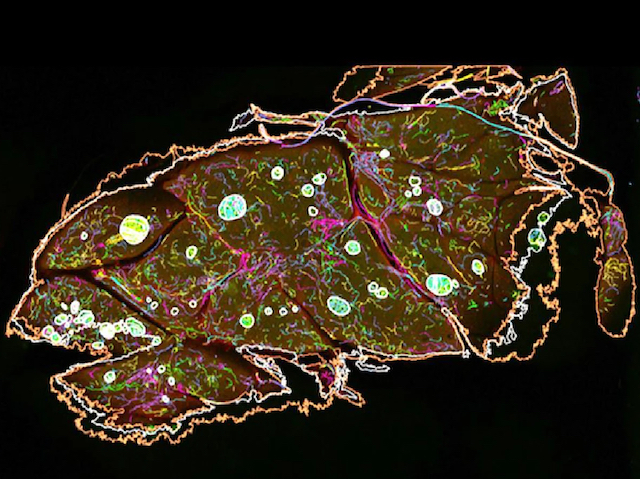 Insulin is the star of the show when it comes to controlling your blood sugar levels. But it’s part of a tag team with another hormone called glucagon. When you haven't eaten in a while, islet cells in your pancreas release glucagon to increase your blood sugar levels. Conversely, just after eating, glucagon is suppressed. However, in type-1 diabetics, this goes wrong — glucagon is too high after eating and too low after going without food. Researchers now investigate what controls glucagon release using fluorescence microscopy of human pancreases, focusing on the sympathetic nervous system, which is best known for controlling ‘fight or flight’ responses. Projections from sympathetic nerve cells (red) matched up to glucagon-producing islet cells (green) in both diabetic and non-diabetic pancreases. However, RNA analysis of islet cells showed changes in nerve cell signalling proteins in diabetics. This suggests that something’s gone awry in the sympathetic nerves regulating glucagon in diabetics.