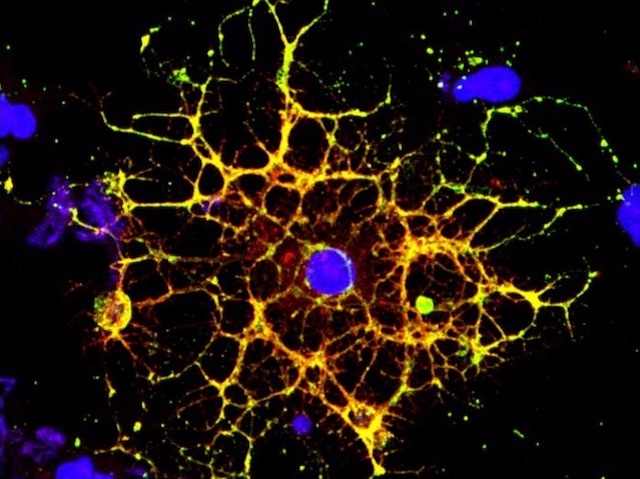 Thanks to a cocktail of antiviral medications, infection with HIV is not the death sentence it once was. That said, people living with HIV often have additional health problems. One such problem is cognitive decline caused by loss of the brain’s white matter – a mix of proteins and fats called myelin, which coats and protects neurons and enables their rapid firing. Scientists have found that not only can the drugs impair myelin production, but the virus can too. HIV doesn’t infect myelin-producing cells, called oligodendrocytes (like the one at the centre of this picture), but its infection of immune cells promotes secretion of a substance that prevents oligodendrocytes from properly maturing and producing myelin proteins (coloured yellow, green and red). Resolving the details of this HIV-induced maturation block as well as the drug-induced white matter loss will hopefully inform ways to lessen or prevent the cognitive decline.